Art Clinic in May 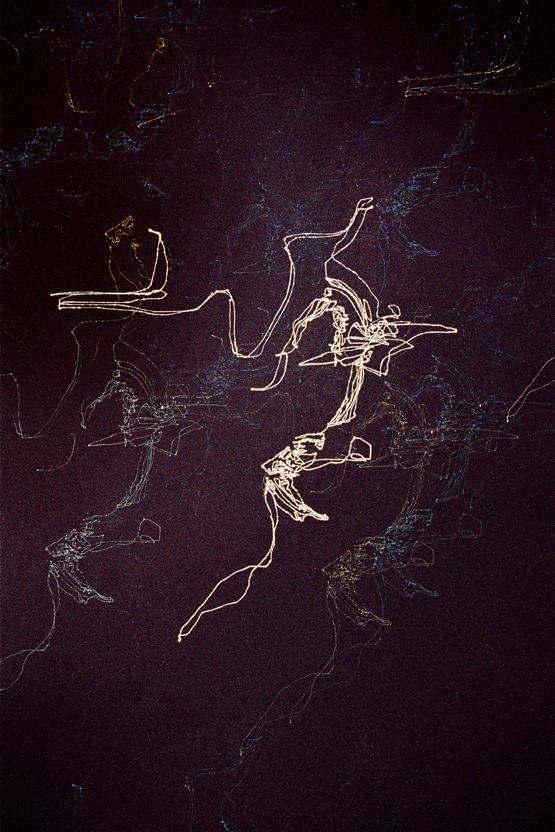 ART CLINIC is a monthly exchange platform for emerging and professional visual artists of all mediums. It is a space where artists can present their work in an informal setting, which hopes to foster reflection and development of one's own practice through feedback, critique, and support.

In her artistic practice Bignia Wehrli searches for new methods to capture ephemeral traces and to transform geographic distances. The trace of a walk becomes the letter of an alphabet, a journey transforms into a wearable dress, the distance between two places is transferred into a sound of a musical composition…

Patrick Brandt uses newspapers from the first half of the twentieth century, the informations are used for recognitional acquisition and for searching profound knowledge. By turning into artistic material, spaces of time are intertwined, characters as well as primal information content are abolished.
At most on small works a newly defined or undefined space is shown, automatically interrelations to emerge between past, present and future with an idea of an enigmatic poetic narrative.

Anne Gathmann’s work ranges from minimalist site-specific installation to abstract painting. By means of simple, ephemeral materials such as light, glass, wood, paper and projections she composes open-ended images and arrangements which make manifest an abstract train of thought.

Key to her practice is bringing the background into the foreground, thus exposing the instability of reality. She gives equal consideration to subjective interior and exterior space, in reference to their relative nature. Thus Gathmann reflects on forms of presence in relation to the invisible and the un-nameable. In all of her work she tests the pictorial at the point where concrete and mental realities intersect.

Since the WerkStadt was founded in an abandoned pharmacy in the summer of 2008 we have had events of all kind including concerts, theater, poetry slams, silent disco, lectures, meetings, and of course wild parties.

During the Covid-19 lockdowns we were busy renovating that abandoned pharmacy for the umpteenth time... this time with a small stage. We are always looking for new event formats so please contact us if you are looking for somewhere to experiment and find an audience.